The State Bar Court and your trial 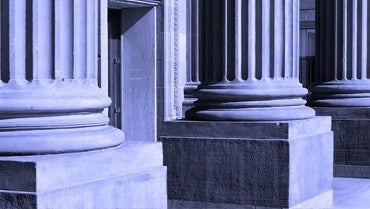 TRIALS AND APPEALS
After the investigation and pre-filing stage, the OCTC will either file a Notice of Disciplinary Charge OR even prior to that, we would stipulate to some sort of discipline, which is then filed with the State Bar Court pending approval with the CA Supreme Court.

In cases where no stipulation has been agreed upon by the parties, and after disciplinary charges/your Answer has been filed, pre-trial hearings commence. This can take the form of Voluntary Settlement Conferences and other pre-trial hearings. One of the major steps, prior to trial, is the pre-trial conference. On or about the pre-trial conference date, you are expected to complete a pre-trial brief, file any exhibits you plan on using at trial, and have any pre-trial stipulations signed by both parties and filed.

If you do go to trial, it will commence in the Hearing Department of the State Bar Court, either in the Los Angeles or San Francisco State Bar building. Sometimes going to trial is inevitable depending on the circumstances. However, sometimes it doesn't make sense to take it to trial, based on either the financial burden it will put on you (the State Bar bills you for all pre-trial and trial work for you to fight the charges), or the time and energy needed to fight the charges. The decision needs to be made by someone who fights the Bar for a living, so that you can have a realistic understanding of the possible outcome. That's where my office comes in.

After trial, which can go from one day to even more than a month, either party may appeal the decision in the Review Department of the State Bar Court. Filing an appeal also depends on the decision and how much discipline was ordered against you. In many cases, there is no need to appeal.

POSSIBLE OUTCOMES AFTER CHARGES HAVE BEEN FILED AND AT TRIAL:
• Matter is closed, thus, no discipline warranted
• “Warning letter”
• Probation
• Stayed suspension
• 30-days to a number of years of actual suspension
• Disbarment
(Other conditions may include: restitution, attending ethics school, attending client trust account school etc.)

TYPICAL RULE VIOLATIONS:
• 3-110(A) – failure to perform, incompetence, failure to supervise
• 4-100 – client trust account violations such as misappropriation, commingling, failure to account, failure to maintain client funds, failure to promptly pay out funds to a client,
• 3-700 – termination of employment – failure to return property of a client such as their file and unearned legal fees
• 2-100 – communicating with a represented party
• 3-300 – avoiding interests adverse to a client
• 1-400 – advertising and solicitation
• 1-300 – unauthorized practice of law
• 1-320 – financial arrangements with non-lawyers
• 6068(m) – failure to keep client informed of significant events in representation of their case
• 6068(i) – failure to cooperate with a State Bar investigation
• 6068(o) – self reporting
• 6068(a) – upholding the law of US and the state
• 6106 – moral turpitude

Thank you for contacting us. We will get back to you shortly.

Please complete all required fields below.

Don't let the State Bar pressure you into accepting discipline without talking to me first. I have handled hundreds of investigations, don't make the mistake of representing yourself. (California State Bar Investigations, State Bar Defense Attorney)